Halloween is just around the corner, which means pumpkin-based dishes are in style once more.
Team TREHA® @trehalose_sensei
Print
Share

Halloween is approaching. Here is a topic about popular fall harvests beyond pumpkins.

What the Japanese people refer to as "pumpkins" might not be what you think.

A pumpkin, carved as a Jack-o'-lantern for Halloween, is an orange-skinned squash, whereas a less festive green pumpkin is referred to as a green-skinned squash (かぼちゃ kabocha) in Japan. Although the harvesting season is from July to August, a kabocha squash becomes more palatable after releasing moisture after 2-3 months of storage. 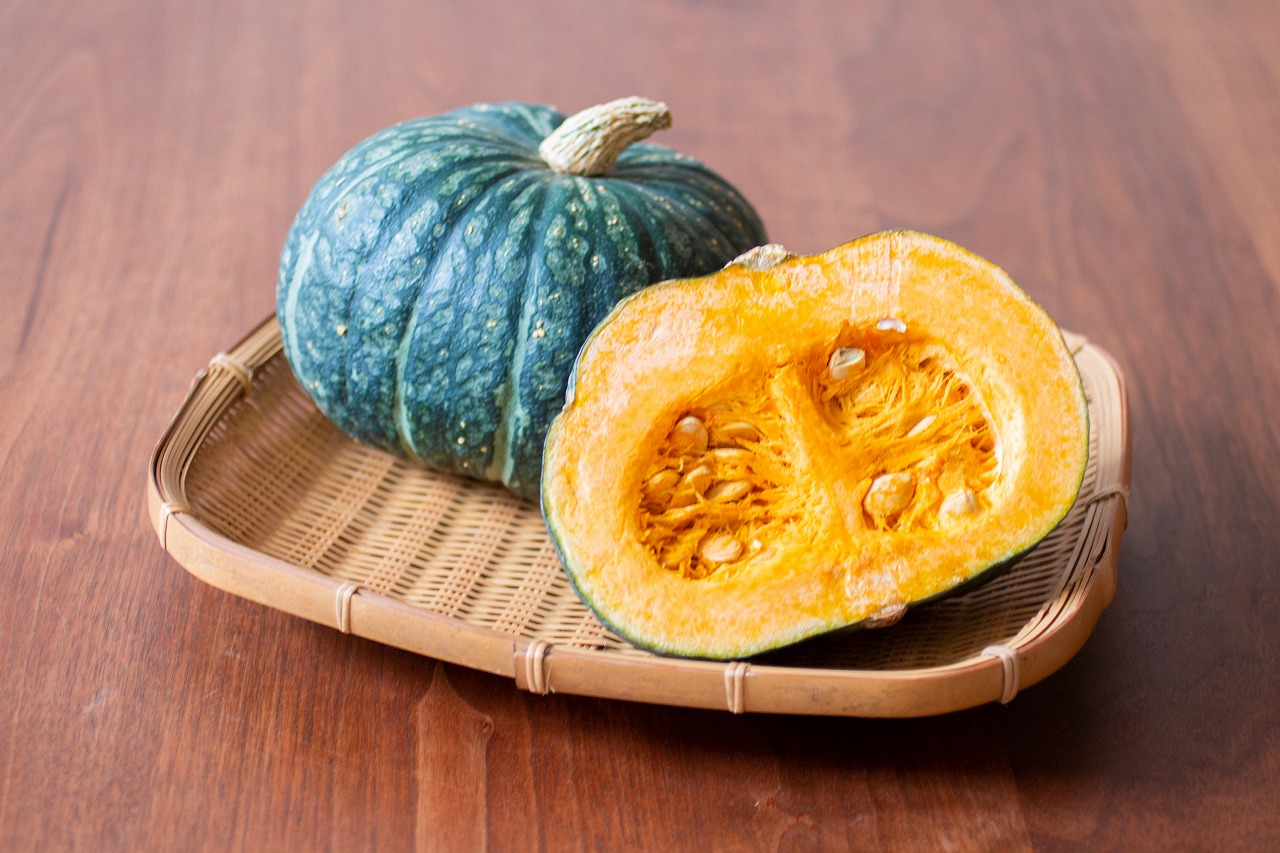 Kabocha to celebrate the Sun's energy on the winter solstice.

Having kabocha is a Japanese custom during the winter solstice.  People wish for good health by having the nutritious squash featuring yellow flesh, which is believed to repel evil spirits. There are no records of when this custom started even in the famous culinary books written in the Edo period (17th-19th century), which extensively describe recipes and customs of the time. The books are considered to be the foundation of modern Japanese culinary culture.  Thus, celebrating the winter solstice with kabocha is considered to be a relatively new custom that emerged after the Meiji period (late 19th century.) Pumpkin zenzai, kabocha in a sweet soup made of red beans. A dessert known as a magic cake allows us to enjoy multiple textures in one piece. Often times, the flan at the bottom layer could become too firm or even rubbery.  However, you can minimize this failure by creating a smooth texture with TREHA® as it slows down the coagulation of eggs. (Please click here to see how TREHA® does this.) Also, by infusing raisins with TREHA®, they keep their moisture content without making the cake soggy.

The difference is clear in the volume of the cake layers as we see in the photo below. The sponge layer containing TREHA® has a higher volume because of stabilized foams in meringue. In autumn, it is very common for Japanese retails to put out sweet treats including sweet potatoes, pumpkins, and chestnuts.   In Japan, such food items have been considered ladies' favorites as seen in a catchy wordplay, which goes "Sweet potatoes, octopus, and kabocha are ladies' favorites (芋蛸南瓜)", or another version of the jingle with chestnuts replaced with octopus. Although there are several theories why wordplays refer to ladies only, the said food items are considered "warming to the body" from the Eastern medicine point of view, and thus preferred by women with low basal body temperatures.

Whatever the scientific reason is, we all love delicious food, don't we? Please check the chestnut cake recipe created by Chef Ishiguro on our website.  In this blog post, Chef Ishiguro shares his story behind his winning at the Relais Dessert Charles Proust competition in 2018.

We just shared how Japanese people are attached to saury festivals in this post, well, we have to mention that sweet potato harvesting  "imo-hori (芋掘り)"  is another event anticipated throughout the nation.  Often times many kindergartens and elementary schools make it a field trip for children.  Farmers teach the children how to pull out the roots dangled with multiple fat sweet potatoes. The field trip usually comes with a lot of funny and harmless accidents caused by inexperienced children and adults who do their best to harvest the sweet potatoes. Sweet potato harvesting is also an educational event, in which children can embrace the joy of harvesting and gratitude to the farmers.  The harvested potatoes are roasted and served at school or brought home for their families.

I cannot help being impressed by the long west-bound journey of sweet potatoes before they became a favorite fall taste of Japanese people. Sweet potatoes, native to Central America, went across the Atlantic Ocean to Europa in the late 15th, and then spread to Southeast Asia,
East Asia, and finally arrived in Japan around 1600. It took 100 years for wonderful sweet potatoes to move from Central America to our country! Domo Arigato, Mr. Columbus. We truly appreciate you and continue to treasure your precious finding from the New World.

What are your specialty dishes or sweets featuring sweet potatoes, chestnuts, or pumpkins?
Please share your stories on Instagram #trehalose_sensei. Her hard work will be rewarded with a sweet autumn treat.